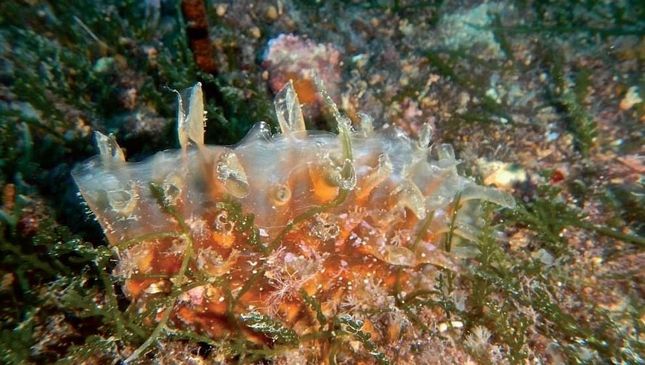 A recent study reported occurrences of Pinna rudis since the beginning of the twenty-first century in various sectors of the Provencal coasts such as the Calanques National Park and the Port-Cros National Park (both French MPAs), whereas it was only detected before in the Scandola Natural Reserve in Corsica since the late 1990s.

Pinna rudis is encountered sporadically at various sites and does not constitute dense populations as on the coasts of southern Spain. The species occurs mainly in the western tropical Atlantic, from the coasts of Africa to the Canaries, and reached the Mediterranean through the Strait of Gibraltar, settling in the warm waters of southern Spain. In fact, it seems to prefer warm waters, and in contrast with Pinna nobilis, it is preferably installed on hard substrates. Pinna rudis can be considered as a climate change indicator species due to its geographical progression.

More studies would have to be carried out on population dynamics and genetics for instance focusing on other Mediterranean coasts, and in particular to investigate its interaction with Pinna nobilis (potential hybrids have been recently reported in Vázquez-Luis et al., 2021).

In fact, a main question for the changing Mediterraean ecosystems would be: “What if the species Pinna rudis succeeded in gradually replacing Pinna nobilis and constituting in the future important populations?”

In line with that, Pinna rudis has been integrated into the FAP (Fast Assessment of Pinna nobilis conservation status) protocol of the MPA Engage monitoring activity.

All news
Back to top